Scott Klein is a Microsoft Data Platform Technical Evangelist who lives and breathes data. His passion for data technologies brought him to Microsoft in 2011 which has allowed him to travel all over the globe evangelizing SQL Server and Microsoft’s cloud data services. Prior to Microsoft Scott was one of the first 4 SQL Azure MVPs, and even though those don’t exist anymore, he still claims it. Scott has authored several books that talk about SQL Server and Windows Azure SQL Database and continues to look for ways to help developers and companies grok the benefits of cloud computing. He also thinks “grok” is an awesome word. In his spare time (what little he has), Scott enjoys spending time with his family, trying to learn German, and has decided to learn how to brew root beer (without using the extract). He recently learned that data scientists are “sexy” so he may have to add that skill to his toolbelt.

Scott brings a great deal of passion and energy to share his knowledge with the community. We at DataPlatformGeeks thank him for his unconditional support to our community efforts. 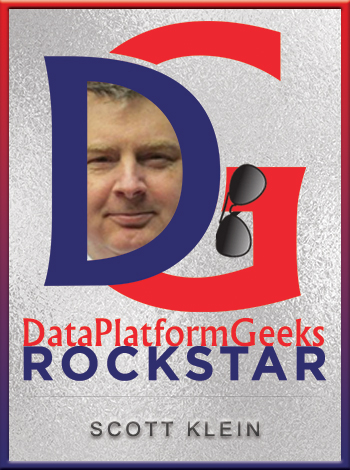