Nosheen Syed has been in technology industry for around 15 years with 12 of those at Microsoft. He has expertise in several technology areas from cloud infrastructure, distributed computing to machine learning. Nosheen Syed is currently a Principal Group Program Manager owning SQL Server on Azure and SQL Server Hybrid Technologies. Prior to this Nosheen owned cloud infrastructure for natural user interfaces supporting Xbox and Cortana as part of the Bing product group. Nosheen has both a MS in Computer Science and MBA.

Nosheen brings a great deal of passion and energy to share his knowledge with the community. We at DataPlatformGeeks thank him for his unconditional support to our community efforts. 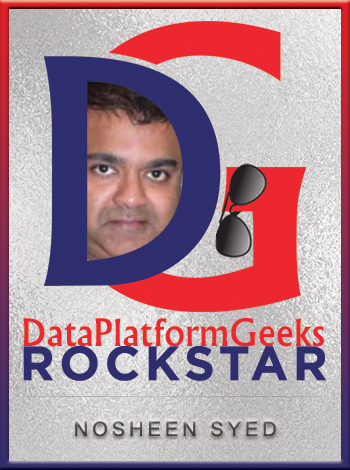