Don Rohan Castelino brings a great deal of passion and energy to share his knowledge with the community. We at DataPlatformGeeks thank him for his unconditional support to our community efforts. 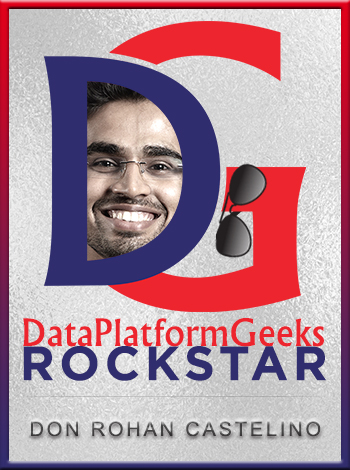